Week 9 Fantasy Player of the Week

Week 9’s fantasy player of the week for me was NOT Joe Mixon, as I don’t have him on any team, but at least I didn’t have to face him either (I won 4 of 5 games).

No, my player of the week won his game in one half of football, since the Raiders decided to go full retard in the second half. 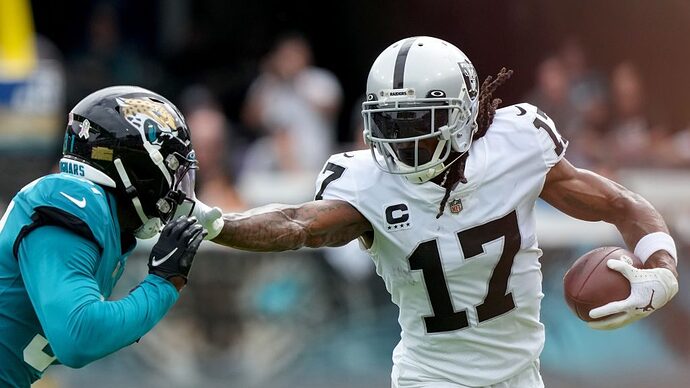 This is actually the third time this year Adams has won player of the week for me. Here is my list of all winners:

Even though the Raiders are a dumpster fire this year, Adams keeps chugging along.

I ended up 5-2 this week.
Super flex 10 person yahoo league although Etienne and Walker were neck and neck in the player of the week talk. The pats D stole the show.
12 person espn ppr 2 player keeper. Palmer showed up big
12 person ppr redraft Walker.
10 person PPR redraft Mixon
Last league is a dumpster fire and I only won because the guy I played checkout after week 3. No players deserve player of the week.

Travis Etienne for me. It would have been Justin Fields, whom I scooped up in 2 leagues, but I didn’t start him.

And a very notable mention to the Pats D, that played a big role in winning my matchups in 2 leagues. I intend to keep them in both leagues, despite their BYE this week.

It would have been Justin Fields, whom I scooped up in 2 leagues, but I didn’t start him.

Same here in my NFL.com league. Fortunately, I still won as Geno Smith had a decent week.