Week 8 Player of the Week

I don’t need to wait to name my player of the week for week 8: It’s Alvin Kamara. 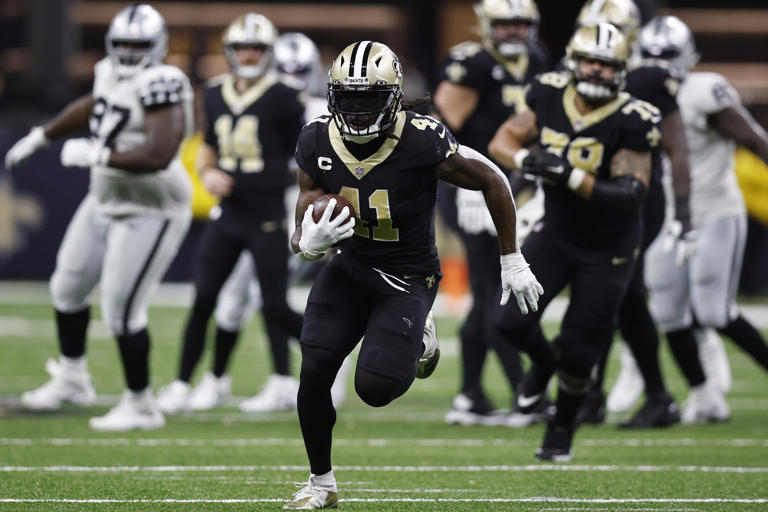 Generally, a 20+ point week will put you into competition for POTW. 30+ points will practically guaranty it. 40+ points?

I only have him on one team, and there were two other players over 30 points: AJ Brown (39.6 fantasy points) and Jaylen Waddle (30.6 points).

Another honorable mention goes to my South Beach RB D’Onta Foreman, who gave me 31.8 points, from 26 carries for 118 rush yards and 3 td’s, plus a 2 point conversion.

So who is your player of the week?

Pollard. What a day!!

D’Onta Foreman for me. Picked him up in one league, traded for him in another.

Honorable mention goes out to Jakobi Meyers, whom I have almost everywhere, and who meanwhile became sort of a “Brandin Cooks Plus”: constantly undervalued, but producing like a clockwork. “Plus” because he’s younger and producing better than Cooks did even in his best days.