Week 5 Fantasy Player of the Week

There are two criteria I use for player of the week:

If I went by the first criteria alone, Gabe Davis would probably win, as he scored 32.1 points, but it was on a team that lost for me. Sorry Gabe.

On the two teams that won for me, there was one common factor: QB Jalen Hurts, who scored 27.66 points in both leagues. 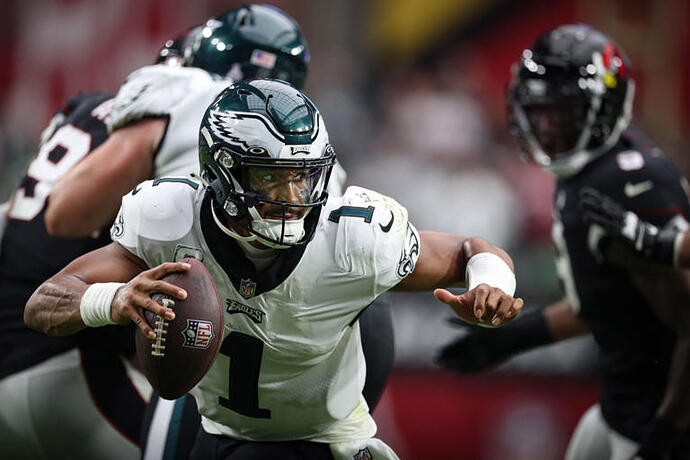 Hurts has come close on this award several times this year, but he nailed it with his performance against Arizona, where he went 26 of 36 for 239 passing yards. But what put him over the top was his rushing, where he ran 15 times for 61 yards and scored twice, which alone would have been a decent day for any RB.

So who was your player of the week?

That’s easy this week: Gabe Davis. I won in both leagues where I started him, and he added a lot of peace of mind by having scored 20 FFP mere seconds into the game. A 98 yd receiving TD on the first snap of the game is certainly something to get your fantasy Sunday started.

I had almost benched Davis, though, and still don’t see him as a safe starter, even after that monster performance. He just doesn’t get enough volume, and without those monster plays, he procudes next to nothing. His floor is at 2 FFP, which makes him a huge boom-or-bust candidate every week.