Fearless Forecast- Players Stepping Up in 2023

Looking for who you believe will be elevating their game to the next level.
The guys who have shown their talent but will be consistent to be a top 12 or 24 player this coming season.

I like your list and would add Pitts to the TE list assuming the Falcons are better at QB (and I doubt they can get a lot worse). At RB, you have to like Breece Hall’s chances to be an RB 2, at a minimum. At WR, I think if Bateman can stay healthy, he could be a real difference maker. I will admit, that’s a big IF. I think there could also be a changing of the guard in Minnesota where Osborn takes over for Theilen. Not sure Osborn gets into top 24 but I certainly wouldn’t rule him out with more playing time.

I was adding Pitts with London and just skipped his name when typing. Hall is already in most everyone’s top 24, The other two I see as long shots.

Well so is Stevenson and Etienne, so I thought it worth mentioning.

Etienne has a couple of top 12’s and more top 24’s. Stevenson is top 24’s. A step up for Etienne and Stevenson would be to top 12 where Hall mostly already is.

I’m splitting hairs a bit but the players I posted are not close to sleepers but players who have to elevate their games some and prove they can be consistent over 17 games. I can see around 10 doing that.

Stephenson finished at 11 this year and Etienne finished at 17 in .5 pt PPR (per FPs ranks I just looked up), both well inside the top 24 and one already in the top 12. I’m guessing Stephenson and Etienne will be forecasted in the top 15, if not the top 12 for next season and since you said who would finish in the top 24, I think it’s fair to mention Hall who didn’t even play a half a season and wasn’t the starter out of the gate this season. He definitely flashed this year in his brief starting stint before he went down for the year with an injury but so did Etienne and Stephenson who played all season. Each of these guys seems to be in basically the same boat for next year except that Hall played less than half of 2022.

Of the ones you picked, I will call this my “Most likely to be league leaders”:

QB: Trevor Lawrence. He’s shown me a ton at the end of this season and into the playoffs. Top 5 potential easily. Outside shot at a Super Bowl this year.

RB: Rhamondre Stevenson. Where Stevenson has improved most this year is in his receiving. Another top 5 contender.

WR: Drake London. When the Falcons switched to Desmond Ridder at QB, suddenly London began putting up some good numbers (although no td’s). With Pitts returning next year, London could suddenly become what everyone thought he was going to be.

TE: Kyle Pitts. Another Falcons player who disappointed during the Marcus Mariota era. Teamed up with London, he suddenly looks very intriguing. With Tyler Allgeier looking like he can give them a running game, this Falcons team could quickly dominate the piss-poor NFC South, if they can just learn to play some defense!

Speaking of Tyler Allgeier, you should add him to your list. He will be the bellcow in Atlanta next year.

This does not include conversations I’ve had saying the same. I get your point but I see Hall as already there in the minds of most.

Agree on Lawrence and Fields. Both #1.
Not so optimistic for Watson. The potential is there, but so are some doubts. #2 for me.
Goff depends on if he agrees to a restructured contract.
Jones if he stays with the Giants. Otherwise dependent on landing spot.
Missing Jalen Hurts here, unless you already consider him fully established as a #1.

Stevenson #1, unless the Pats do Pats things and draft a top RB and go RBBC once again.
Etienne definitely a #1.
Dobbins - murky team outlook, but could indeed benefit from Lamar’s departure. #2 with #1 potential.

Akers - very risky choice, considering how unstable he has been so far.
Pierce - only if the Texans don’t draft an elite rookie.
Both risky #2s with upside.

Najee will be back, if the Steelers improve their o-line.
Javonte will be back, but might need another year to get back to 100%.
Missing Breece Hall here.
All 3 are #1.

London, Watson, Burks, maybe even Jameson - all depending on who their QBs will be.
Under the same premise, I’d add Garrett Wilson and Olave here. All potential #1, but only if their team situations play out.

Freiermuth and Pitts are clear #1s.
Probably also Kmet, though I had expected him to better this year already.
Also fine with Dulcich, though QB remains a potential problem.
I have doubts about Njoku.

I’d add Chig Okonkwo as a dark horse candidate here, though he might need another year. 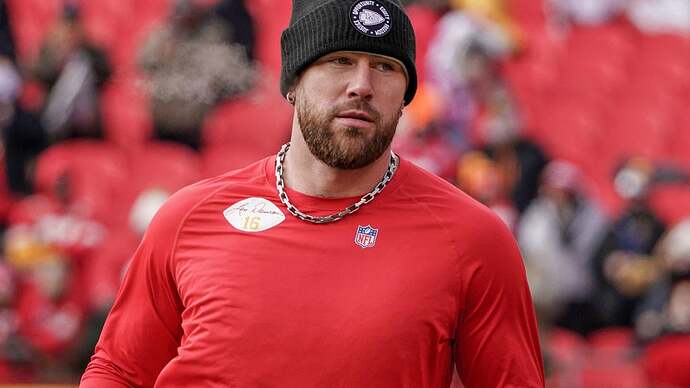 Fantasy Football 2023 Rankings: An early look at the top 12 tight ends from...

Here’s a very good read from CBS Fantasy. You get top 12 at each position from
five different fantasy analyst and after the last rankings a breakdown of the players, saying much of what Zak and Ed have been posting here.

Wish I would have seen it before looking through positions and typing my thread,

To expand on my thread intent a bit, stepping up is different for different players and does not mean having to be a #1. For example:

Breaking into this top 12 is a tuff task. Wilson and Olave have established themselves as rookies, projected by some to be im the 10-12 spots and just need to be more consistent. I left them off.

London, Watson, Burks and Pickens have flashed to different degrees with Jameson 1 catch for a 41 yard score. None have established themselves and have to step up to be a legit WR 2 which I think they will

I also did not want to name everyone as others view will differ, a good thing.

I see Etienne is already there too with a lot more evidence to support it but whatever you go split your hairs. It doesn’t make sense to me but I’m done with this thread so you go split hairs until the cows come home, LOL!

Never said you were wrong just different than my view. Just so I know, where do cows go and how long does it take them to return? LOL

That’s what google is for SoBe, come on.

I’m not the one who posted it but did think it was funny. I have not heard that since I was a kid.

The idiom till the cows come home has been in use since at least the sixteenth century and may have originated in the Scottish Highlands , where cows are allowed to graze for months at a time before they meander home in the fall.

Wow! Quite the comparison.