Week 6 Fantasy Player of the Week

This week was tough, because one player helped me in 2 leagues, while another scored more points and brought me really close in the second league. So I am giving co-winners here.

First is Rhamondre Stevenson, RB for the Patriots. 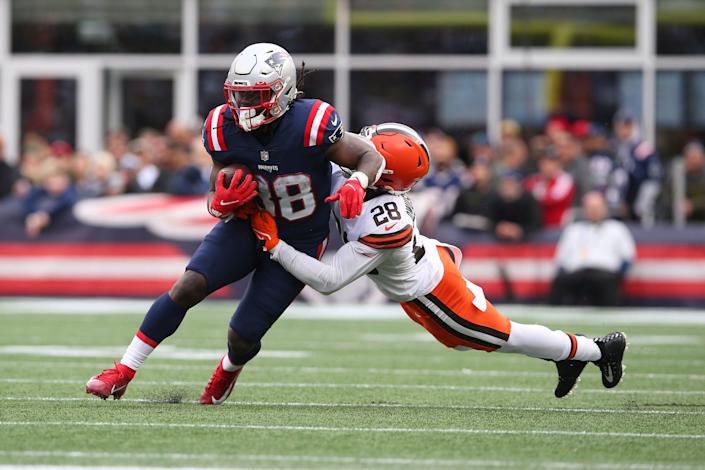 He scored 25.1 points in 2 of my leagues, winning me one and keeping the other one close against a very stacked team. He had 76 rushing yards, 2 td’s, and 4 catches for 15 yards.

My co-winner was Deon Jackson, RB for the Colts. 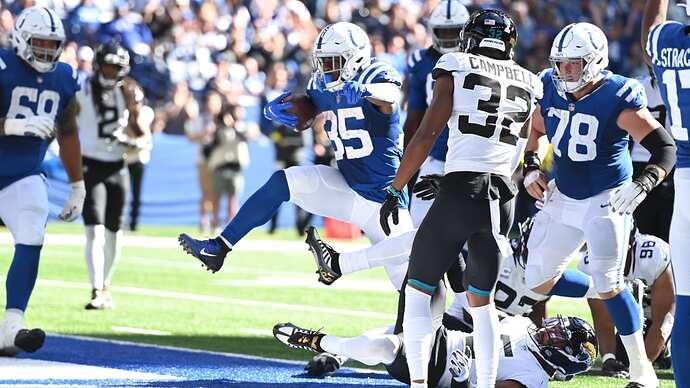 I signed him as a waiver wire pickup back on August 31st. I thought Jonathon Taylor would get hurt this year, and I didn’t expect Nyheim Hines to shoulder a full RB load, which meant it had to be Deon, 3rd on the depth chart for the Colts. Both Taylor and Hines get hurt last week? Cha-ching! 42 rushing yards, 1 rush td, 10 catches on 10 targets for 79 yards. These are numbers even Austin Ekeler could respect, resulting in 28.1 points.

Even if I end up losing that game, Deon brought me so close that I have to give him some love, especially since it was against a stacked team in a dynasty league.

I’m going to have to nominate Russell Wilson, who completed 3 passes for 15 yards in the 2nd half and Overtime against me on Monday Night Football.

It was an excellent week for me, with most of my players performing very well.

My notable mentions this week are Breece Hall and Michael Pittman, whom I both started in multiple leagues, and who did great.

But my player of the week has got to be Ben Skowronek, WR of the L.A. Rams. As mentioned in my dedicated thread on him, this sophomore has been on my fantasy radar since the second half of his rookie season already. I added him in almost every league over the last 2-3 weeks, when he slowly and calmly surpassed Allen Robinson in production.

This week, I started him as a desparation play in one league, where injuries and BYEs hit me badly. He promptly rewarded me by scoring his first career TD, gave me 14.2 half-PPR points and a completely unexpected underdog W.

So he’s officially joined the “my guys” list now, alongside Austin Ekeler, Jakobi Meyers, Will Dissly and Gardner Minshew. All players that caught my attention (and often made it to my rosters) before any analyst or beat writer even mentioned their names.