Week 11 Fantasy Player of the Week

While I still have James Conner going tomorrow night, he will be hard-pressed to top the 36 points which my week 11 player of the week had: Kicker Brett Maher. 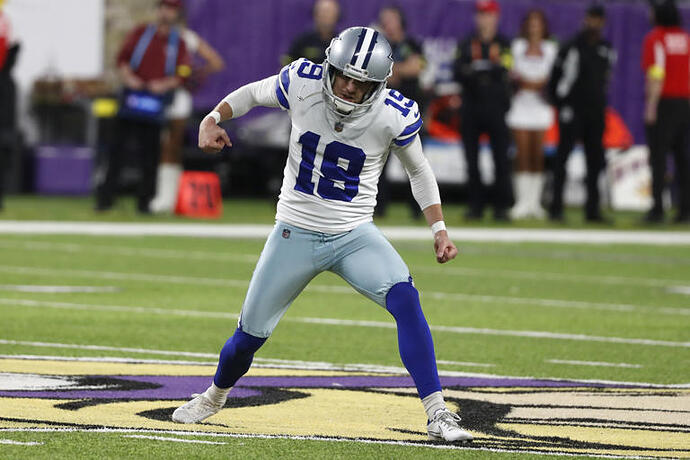 Admittedly, this was in my home league where kickers are scored differently, thereby proving once again that my new kicker scoring system works very well when a kicker does have a good day, and Maher had one of the best: 4 PAT’s, and 4 FG’s, including FG lengths of 27, 53, 60, and 50 yards. He didn’t miss anything today.

Honorable mention goes to WR Davante Adams, who gave me 29.6 points in one league and 33.1 points in another.

It’s going to be a tie this week as both players got almost the same number of points. Palmer and pollard. I thought for a second I’d have my team back together with Mike Williams and Allen back in for Herbert but nope. So seeing Palmer and Herbert hook up twice was a good feeling.

While merely his usual elite fantasy performance, Mahomes has now won 25 straight games in the months of November and December, not only proving how clutch he is down the stretch, but also setting the record for the longest such streak in ANY two month period since QB wins were first recorded in 1950.

Let that sink in.

In the SoBe league, I started Maher, so he certainly deserves an honorable mention.

I will update my stats sheet only tomorrow, but I’d be very surprised if this wasn’t the highest scoring K week this season. 12 kickers scored double-digit points.

Bass got me 21 in another league, so I know what you mean!