2022 is coming to an end and it is the time to make resolutions here in fantasy.

I cannot wait to kick 2022 to the curb and get a fresh start. My resolutions:

I will finish the regular season top 4 in every league I play in.

I will drop all this extra weight I put on with football food and too much beer.

I will draft better WR’s earlier.

I won’t be afraid to go after running QB’s in early rounds.

My TE’s will come later in any drafts, just slightly before K’s and DST’s.

I will save some FAAB for late in the season.

I will draft better WR’s earlier.

I see where you are coming from. But that also means that you will have to postpone other positions, and that can backfire as well.

I will save some FAAB for late in the season.

Some FAAB, definitely. But I never hesitated to spend a good portion early, if an ample opportunity came up, and don’t plan to change that in the future.

As for my own resolutions - to be honest, I don’t really have any. 2022 was a fairly good year, fantasy-wise, so I don’t see a need for fundamental changes. Maybe I’ll be a bit more conservative in the 1st round. Going all-in on Najee Harris across the board didn’t turn out to be the wisest of decisions in retrospect.

But then, I don’t plan to play a lot of redraft next year, anyway. Dynasty formats are simply more to my liking.

I see where you are coming from. But that also means that you will have to postpone other positions, and that can backfire as well.

Since I play in a lot of PPR leagues, that really doesn’t hurt much.

Looking forward to our continuation in 2023 with a fresh start.

Which reminds me, one more fantasy resolution for the New Year: I am going to make a trade with @SoBe717 this year. I just have to learn from my hero @ZakHH , and find the right balance of bad RB on my roster for the good RB on Joe’s roster.

At the time I made the trade, you still said that Jacobs would be a bust this season and replaced by Zamir White any minute… Just saying…

True, but I wouldn’t have traded for Cam Akers either, as I called him a bust. And I still think he is.

If I had Akers, I’d have easily traded him for Jacobs, thinking I could get a few solid games of production out of Jacobs.

When I made the trade both players were pretty much the same players which was the info I sent Zak. I thought Akers would recover more from his injury and be the better RB. Did not happen.

However I cannot discount that it may be happening now. We shall see.

The 8 cost me Pacheco I got off waivers.

The 5 cost me Mike Williams I got off waivers who was released and I now have,

The 4th cost me a promising Pickins I got off waivers from Ed.

The early first cost me Jameson (my IR stash) and Kirk who I got for Hollywood (a late pick) and Robinson yet another waiver pick up.

So, in review, I kept the very young 8 players I wanted and added 4 extra upgraded draft picks for waiver adds and an IR stash.

I thought Akers would recover more from his injury and be the better RB. Did not happen.

Akers has never been able to stay healthy for a full season. Some years he is worse than others.

The 4th cost me a promising Pickins I got off waivers from Ed.

I dropped him when he was still competing with Diontae and Claypool for targets. I’m still not sure how good he’ll be in Pittsburgh’s offense.

What have you done?

Just made it deeper into the playoffs than you. No biggie.

It’s called “drafting better than you”.

The proof is in our results.

You mean Pickens? I drafted him based on his upside promise. Before Claypool got traded, it didn’t look like Pickens would see enough targets to become elite.

As for the rest of my draft, I owned you.

Before I will ask you two love birds to get a room, may I humbly remind you that you finished #5 and #7 in a 10 team league, in terms of points scored?

And I beat him there too!

FantasyPros tweeted this in honor of the consolation bracket winners today, but you certainly pass the vibe check here. 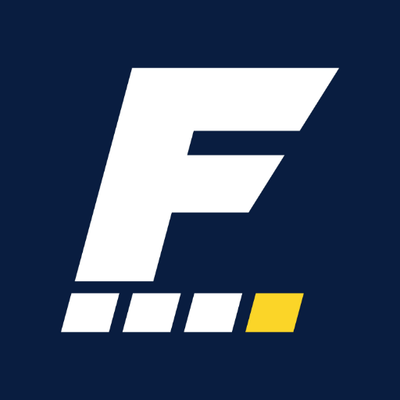 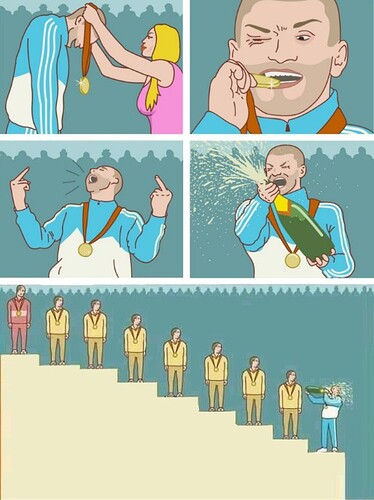 Dumb exchange, should have ignored.

Before I will ask you two love birds to get a room, may I humbly remind you that you finished #5 and #7 in a 10 team league, in terms of points scored?

No one has said more than me about how horrible the Jacobs trade was but, I defended all other trade which I believe were very good.

I believe the same of my draft for what it was, which was going very young for future while hoping to do something this year. I have posted on my team’s lack of scoring a few times during the season and have said I was lucky to get a few wins. I have never thought of consolation games as anything more than a waste of time.

This week is an exception as I am playing the maven, best I’ve ever seen and am a 30 point underdog.