Is this the self-help group for

… fantasy owners of Josh Jacobs who kept him benched this weekend over concerns regarding his health, and now question the meaning of fantasy football and life in general after witnessing him scoring some 50 FFP on the bench, setting new franchise records left and right?

If Najee Harris scores at least 4 half-PPR points tomorrow, it will at least not have cost me my matchup. And now that I said it, I have a baaaad feeling…

If it’s any consolation, THE RAIDERS WON!

If the Raiders top brass is still happy with their decision to not pick up his 5th year option is another question, though.

I still believe they thought they could give him a new contract for about the same money, should they wish to retain him. I guess they will want to keep him around, but they’ll probably have to open their pockets after this season. He’s been great all season, but now 300+ all-purpose yards in one game? Hot damn…

I’ll be honest: He’s playing for the contract. You give it to him, and he will return to his “injured every other game” form.

I guess you don’t want to see this? 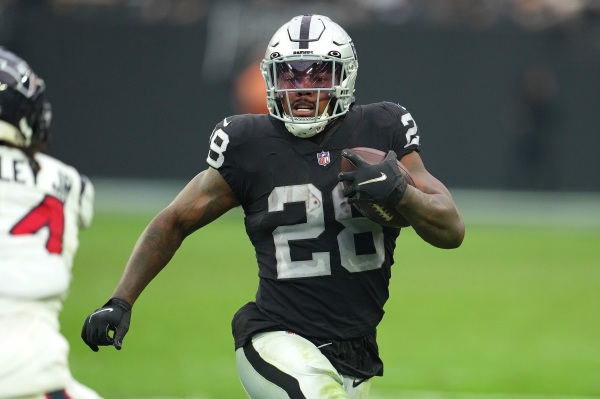 When was that, in high school? For the Raiders, he never missed more than 2 games per season.

That the old coaching staff never understood how to unlock him is not his fault. I’m still convinced he just didn’t fit into the Raiders’ locker room mentality of recent years.

Will be interesting to see what happens after the season. Maybe things have changed with Gruden out of town, or maybe Jacobs can’t wait to sign up somewhere else.

IIRC, he’ll be a UFA, correct? So the Raiders have no option to keep him by matching other offers if he decides to move on? Or can they franchise-tag him even after declining his 5th year option?

For the Raiders, he never missed more than 2 games per season.

Or can they franchise-tag him even after declining his 5th year option?

THAT is a good solution!

I guess you don’t want to see this?

Well, at least it answers my question when a player last pulled off such a performance. Easy answer: never.

And his fantasy franchise record of “best player I ever benched” will remain unmatched for quite a while.

It’s not like you benched Alvin Kamara on his 6 td day! Mind you, I didn’t either, because I didn’t have him that year.

It’s not like you benched Alvin Kamara on his 6 td day!

No, but my buddy who played against him in the 2020 fantasy championship week rage-quit fantasy football the same night.

Edit: Kamara scored 57.7 FFP in my half-PPR dynasty that week. Jacobs scored 57.3 tonight, while “only” scoring 2 TDs compared to Kamara’s 6.

Edit 2: the Kamara owner who torched my buddy in the 2020 final got a taste of his own medicine from my Ja’Marr Chase in 2021. 62.1 was the highest player score ever registered in my league. He lost the final to me by 17 points.

Cool. I’ve seen weird scoring before. I remember one league I played in allowed us to roster head coaches. I don’t remember the exact points, but it was something like +10 points if the team won, and -5 if they lost.

Zak, you probably don’t want to watch this: 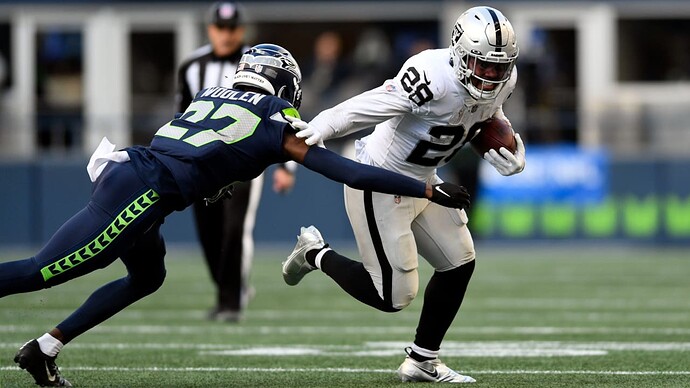 Fantasy Tracker: All 48.3 points for Josh Jacobs in Week 12

Watch all 48.3 points Las Vegas Raiders RB Josh Jacobs put up against the Seattle Seahawks in Week 12 of the 2022 NFL season.