Number of leagues in which I started Nyheim Hines tonight: 3

Snaps Hines played before getting dragged off the field with an obvious concussion: also 3.

On the bright side, I got to see RB Deon Jackson on my bench. He has some potential. I’ll get to see how the kid does.

Looks like going to bed after Q1 was one of my better decisions this season. The Colts won because the Denver kicker missed one of his 4 FG attempts, while the Colts kicker did not? Sounds like the rest of the game was just as exciting as the start.

I had no player in this game and clicked off halfway through the 1st, not missing a thing. 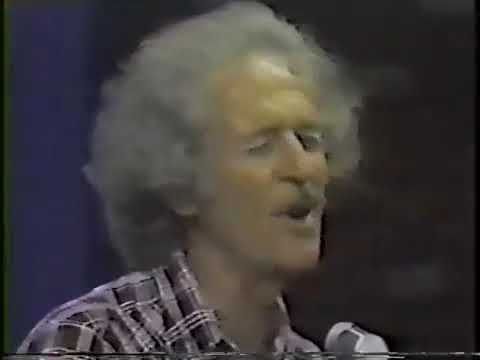 That’s this one right now… 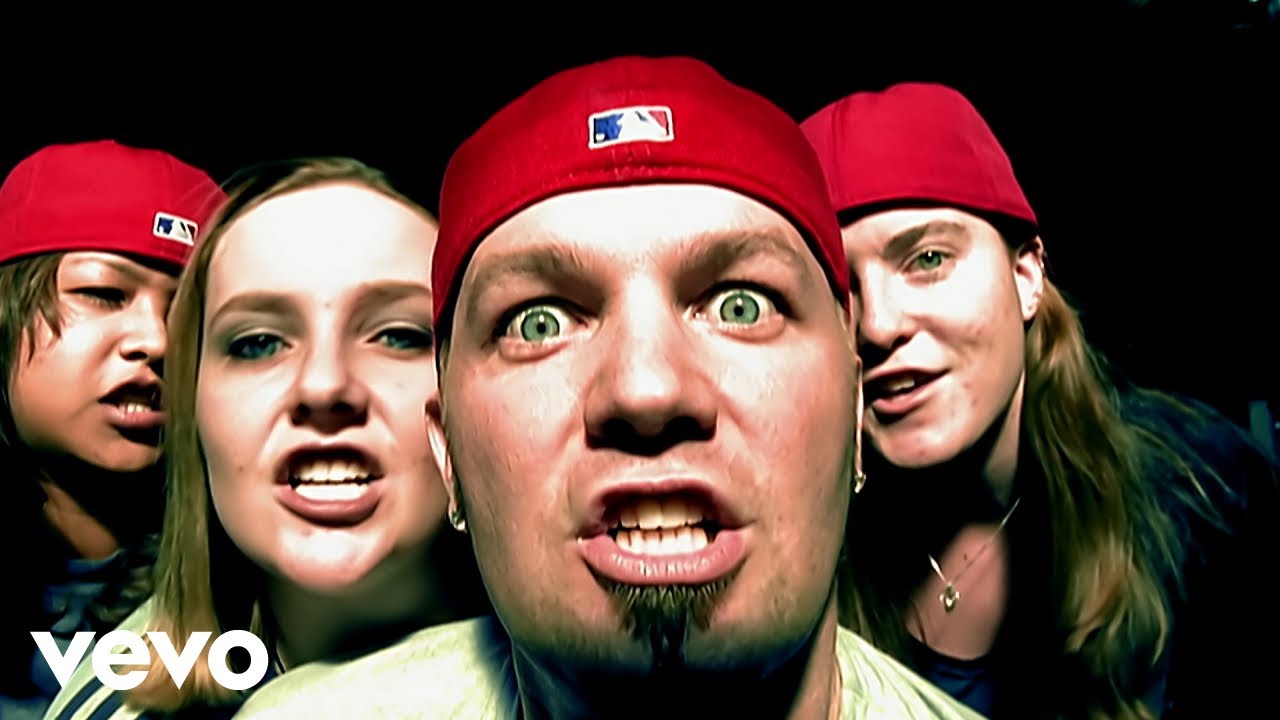 WELL DONE !!! Absolutely love it and plan to steal it from you to slightly get even on Goedart. LOL

Okay, I am a little more at peace with week 5 now. 15 seconds into the game, and Gabe Davis has 20 points already.

To think I had almost benched him.

Meanwhile I’m playing your song over our league today. I had ONE player of 9 starters have a good game and will get beat by 40 or 50. ARRRRRG!!!

I won in 2 other leagues and am ahead in the third.

Week 5 turned out to be another mixed bag. I still have multiple players starting tonight, but none of them will change the outcome of my fantasy matchups.

SFLEX dynasty: strong W, likely with the highest score of the league. I’m leading by 40 and still have Mahomes and the Vegas K going tonight. Having started Ekeler, Breece Hall and Gabe Davis made me unbeatable, even though I had Damien Harris on FLEX, who left the game in the 1st quarter.

1QB dynasty: crushing L, in a game that looked perfectly balanced in projections. TNF killed me here, and Sunday didn’t do anything to repair that. The only glimpses of hope were Travis Etienne and George Pickens, who can hopefully step in for Pittman and Waddle, who don’t look startable any longer. I had started Pickens over Waddle, and will continue to do so until Tua is back. IF he comes back.

South Beach League: solid W, thanks to the Josh Allen - Gabe Davis stack. I’m leading by 17 and still have Josh Jacobs going, while my opponent has no player left. Yahoo still thinks he has a 1% chance to win this one.

And the SFLEX tournament is officially a write-off now. Losing one QB in an SFLEX league is usually a neck breaker already. Losing both of them flat out kills you. I’ll exclude this league from further reviews.

My Sleeper dynasty league looks like a lost cause this week, needing over 50 points from Hunter Renfrow and Darren Waller to win tonight.

My home redraft league is practically won now, I have a 35 point lead with Carr going for me tonight, but he has Mahomes and Darren Waller.

My main dynasty money league is a little trickier to project. I’m losing by 50, he has nobody going tonight, and I have Carr, Renfrow, Mack Hollins and Dan Carlson. A big offensive night from the Raiders could save me.

In the South Beach League, I have this one well in hand, with a 25 point lead, plus Davante Adams going tonight, while Krash Test Dummies only has Darren Waller.

Even though I have to be at work disgustingly early tomorrow, I will be staying up to watch the Raiders tonight!

Zak, joining the US-Euro league was a BAD idea.

Sometimes, you have a league that looks great on paper, and then they all seem to underperform. It happens. Next week, they will blow off the doors. Keep the faith, brother!

My 3 trades got outscored by 50 and my team got beat up by 65, in my own league no less. Does not get any better than this.

No one should pay attention to another word I write LOL

SFLEX dynasty: W, with the highest score of the league) 4-1. Side note: the last remaining loss-less team also lost this week, and, just like the other 4-1 teams, against one of the presumably weaker teams in the league. Each team can beat every other - loving it. Especially since our rebuild team that I still saw at the bottom of the power ranking is at 3-2 now.

1QB dynasty: crushing L, with the lowest score of the league. 1-4 now. Thought I might sneak into the playoffs this year already, but that’s not gonna happen. Add one more year to that rebuild, but with ETN slowly getting up to speed and an early 1st in 2023, I’ll be in business next year.

South Beach keeper league: W, with the highest score of the league. 3-2, should make the playoffs, but may not be strong enough to go all the way.

US-EU redraft league: crushing L, with the lowest score of the league. 2-3 now, but that’s also because my team saw the 2nd most points in the league scored against it. Playoffs are still within reach here.

SFLEX tournament: officially written off now. I started the season with 3 QBs on the roster, now I have zero. My other key players did not perform well enough to make me a contender, even if both my starting QBs had performed okay. But I’d be at 3-2 then, not 1-4. Tough luck, but the situation isn’t fixable, since trading is not allowed. So that season is firmly over.

My wife is sick of me talking about this and, in her defense, doesn’t care/understand, but for my own sanity I needed to vent. I had drafted KWIII in round 12 of a keeper league with the intent to bench stash him and potentially have him for a keeper next year if things worked out. With Pitt out, I needed to pickup a TE replacement. For reasons I can only explain away due to jet lag, I chose to drop KWIII to pickup Conklin (who got zero points BTW), figuring I could just pick him up to start week 6 because nobody in my league even really knows who he is. To make it even worse, I could have moved Pitt to an IR slot and not drop a bench player at all, but was more worried someone might pickup my IR stash of Van Jefferson. Too early to tell if it will make or break my season, but I figured I would share the completely horrible management in case it brightens up someone else’s day who may think they’re mismanaging their team. I can assure you, it is tough to beat my week 5 decisions.

Ouch, man, that’s a tough one. I feel your pain, though. Jet lag caused me to make a very stupid decision myself, in week 3 of the 2019 season.

In my SFLEX dynasty, my QBs were Patrick Mahomes, Matt Ryan and Case Keenum, who was the starter in Washington at that time and had 2 pretty strong showings in weeks 1 and 2.

After week 1, I had also claimed Gardner Minshew off waivers, after his surprisingly strong showing against Kansas City, after Nick Foles had to leave the game in the first quarter with a broken shoulder.

Drunk on my incredible luck of having 4 strong QBs now, I decided I didn’t need Matty Ice any longer. And fresh off a trans-atlantic flight (east-bound, to make things worse), being jet-lagged as hell, I accepted a trade offer and sold him for a late 2020 1st plus Demarcus Robinson.

Easily the most terrible deal I ever made in dynasty. Not only because I completely sold him under value, but also because I missed 2 tiny details:

Nick Foles’ injury wasn’t season ending.
And Case Keenum was still Case Keenum. Which means, he found himself benched shortly after, following 3 abysmal showings (one of which had actually resulted in negative fantasy points).

In the end, things worked out mostly alright. Foles only played 2 games upon his return, before he got replaced by Minshew again. And the pick I got for Matt Ryan was turned into Justin Herbert in the following draft.

Still, I remember the feeling well when the jet lag wore off and I realized what kind of trade I had accepted there.

So hang in there. Those kind of mistakes happen to the best of us. And to you and me as well.

Thanks for sharing, Zak, and for the kind words. At least you did wind up with Herbert as a result, so there was a silver lining. This one will definitely sting, especially if KWIII does wind up being the real deal and haunts me for the next “X” amount of years knowing I could have kept him with a 12th rounder, but at the end of the day it really is just a game. If nothing else, I appreciate you listening so I could get that off my chest. Best of luck with the rest of your season, and hopefully you have more good decisions than bad ones. And if KWIII is still on your waiver wire, my recommendation is to go grab him ASAP