Carr Gets Benched 2: The Adams Domino

This is Davante Adams being HUGELY tactful: 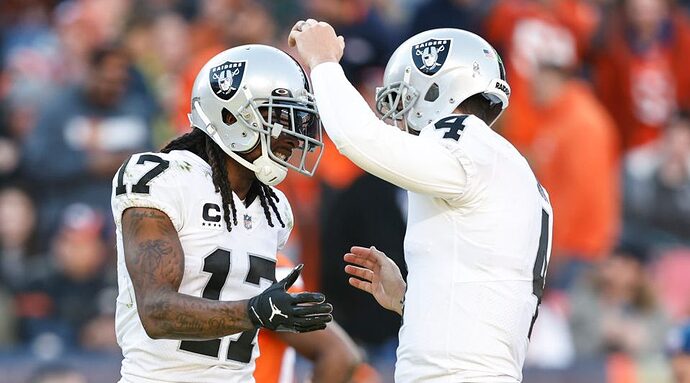 Davante Adams expresses support for Derek Carr but declines to address the...

Davante Adams admitted this summer he declined the Packers’ long-term contract offer, which was more than the Raiders, to precipitate a trade to Las Vegas. Returning to the West Coast was part of his reasoning. Reuniting with his college quarterback,...

After Carr gets released and signed by somebody else, expect Adams to start demanding a trade there the next day.

On a related note, interesting list of potential landing spots for Carr in this article: 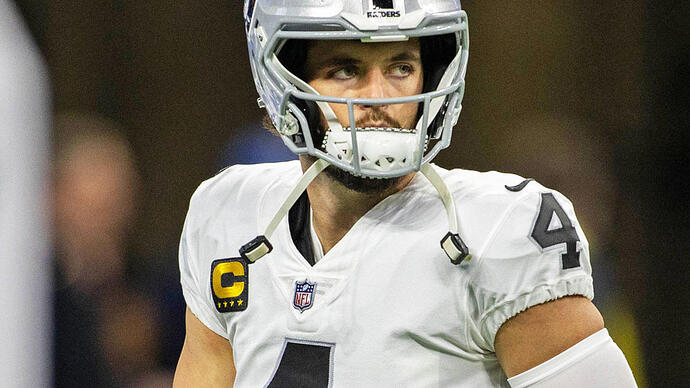 Raiders bench Derek Carr for Jarrett Stidham: What's next for QB, plus...

If Carr exits Las Vegas after the big move, here's where he might land

The Texans intrigue me here. If they land Carr, who wanted to be drafted there, they also have the draft capital to possibly land Adams in a trade, instantly giving them a respectable passing game.

The Texans intrigue me here. If they land Carr, who wanted to be drafted there, they also have the draft capital to possibly land Adams in a trade, instantly giving them a respectable passing game.

That would be a huge mistake, if you ask me. The Texans have two 1sts, a 2nd and two 3rds in the upcoming draft, with their own 1st probably being the 1.01. There are some hugely talented QBs in the draft.

Why would they waste that draft capital on a veteran QB who failed elsewhere, and an expensive WR who’s about to fall off the age cliff, when they could easily draft the best rookie QB of this class, plus one or even two top rookie WRs?

Commanders. Titans, Jets, maybe even the Bucs - I can see that. But not the Texans, unless they want to revive the old BOB spirit.

Here’s how I’d play it as Texans GM:

Carr will definitely draft interest as a free agent, so signing him will cost the Texans dearly.

Over $70m for a player who’s approaching the age cliff as we speak. I never understood that contract the Raiders gave him. Picking it up would make sense for a win-now team. The Texans aren’t one, even with all those transactions.

They’d better get a top QB talent, 2 good WRs, and 2 more good options for their OL and D. They can then add a top RB in 2024, and then they are in a position to attack, with a multi-year time window.

35 year old Adams will still be head and shoulders above ANYTHING the Texans have now. If they can afford his contract, they should pay it.

As for Carr, remember he wanted Houston to draft him. He might give them a discount.

Yet more from Davante: 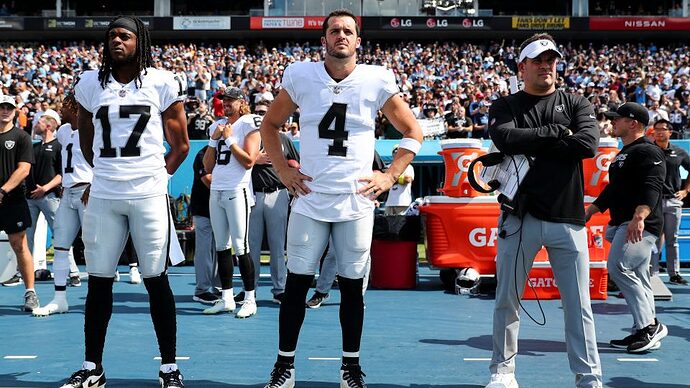 Davante Adams: Derek Carr gave everything he had, he's the reason I'm a Raider...

Raiders wide receiver Davante Adams has been close friends with quarterback Derek Carr since the two of them played together at Fresno State, and Adams was eager to play with Carr in Las Vegas. So it’s no surprise that Adams is unhappy about Carr’s...