Another week for Cooper Rush?

It appears Dak Prescott will be out this week: 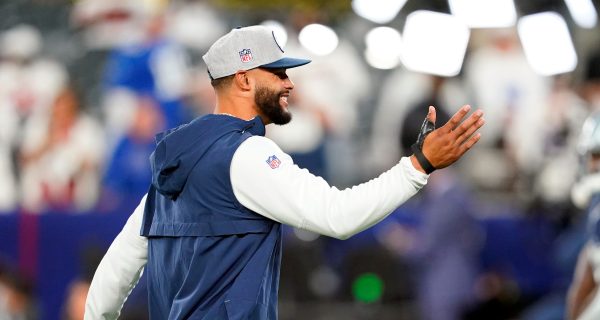 Dak Prescott says he is unlikely to play this week, eyeing return in Week 5...

Cowboys coach Mike McCarthy said Tuesday that Dak Prescott still has swelling in his surgically repaired hand, and the quarterback has no timeline for when he will begin throwing. Prescott had his stitches removed from his thumb Monday night and...

Dak has an injury history, having missed a large portion of 2020 to injury, and now his injury this season. Even if he returns next week, how long will he stay healthy? Rush makes a solid bench stash regardless for deeper leagues.

What about Rush’s numbers? Tossing out the first game against Tampa where he came in as Dak’s injury relief, which is the definition of being tossed to the lions, Cooper has 26 fantasy points over 2 games. In raw numbers, that’s 450 yards passing and 2 td’s, and no picks. Nothing exciting, but this is his floor. The Cowboys are relying on their running game, and only asking Rush to be a game manager.

But here’s the funny part: Ceedee Lamb is doing just fine with Rush as qb: 15 catches, 162 yards and a td over 2 games.

This is the old Cowboys model from the 90’s: Run the ball a lot, and use your top WR to keep defenses honest. Is it any wonder that Jerry Jones wants a qb controversy? It’s hard not to make the Cooper Rush-Troy Aikman comparisons here. Aikman was never a “great qb”. He just won games. Rush is the same way. He plays with poise and confidence. It may not be exciting, but it gets the job done. If you need that second qb in a deep superflex league, Rush is a safe floor.

I am NOT suggesting you run out and invest a lot of FAAB in Rush. But if you are in a deeper league, you could do far worse at qb. If Dallas beats Washington this week, the murmurs of a qb controversy could start, and will only be enhanced if Dak comes back and faceplants. More importantly, Rush is cheap now. Once the talk starts, he won’t be cheap, especially if he puts up big numbers one week, showing a ceiling.