Wowie Zowie!!! Dolphins anfd Tua come back from 21 in the 4th. Jets overcome 13 in last 2 minutes and Zona’s 20 point comeback in OT. To name a few.

And what individual scores wowed you to the good or the bad? There were many. Few things settled in week #2.

I haven’t heard that since a Larry Norman song in the 70s, but he was a Christian singer, so I guess it goes along with the Sunday theme.

Could Indy have looked worse? It wasn’t Jacksonville looking great in their shutout upset of Indy, just Indy looking incompetent. There was nothing Indy did that worked: No passing game, no running game, no defense. While Michael Pittman was out, can you really blame the collapse of an offense on one WR?

Don’t get me started on the Raiders! Ok, too late. I have seen this pattern from them for DECADES! They play down to the level of their opponent, and then let them slip in and steal a win. Josh McDaniels better get his head out of his butt or he’ll be on a bus back to New England! Even Gruden wouldn’t have lost a close one like this.

Kudos to Jaylen Waddle, Jalen Hurts, and Garrett Wilson. Wilson especially surprised me. In one of my leagues, the owner of Elijah Moore dropped him Monday. That tells you who owns that WR corps!

I dropped Moore to get Burks before MNF. I see Burks following London in being #1 with a ton of targets. As much as I like Moore he is not getting the looks to make him worth keeping.

Also, I had no “Bad Moon-ey Rising” and he may not make it 'till next week.

Akers came back from the first week dead and is a viable back up for now.
London broke out with 12 targets and Pitts has lost attention to him.
Stevenson is a split but Harris hurt his knee end of game,

This is the origin of my “Wowie Zowie.”

I’m obsessed with older music from Jazz and Blues to classic rock starting with the 50’s. This Zappa tune just stuck to me since I heard it. 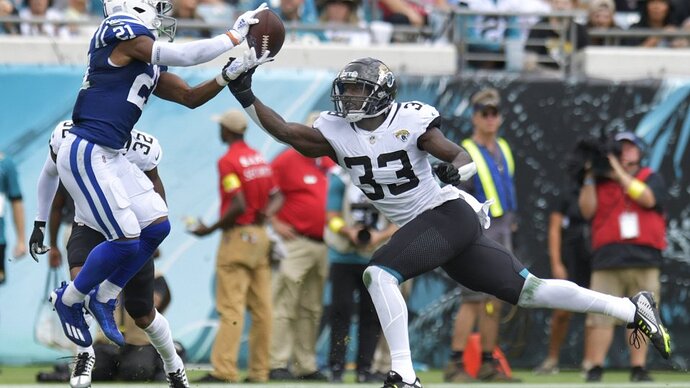 Here is the top rookies for week 2.

Forgot about that one. Nice.

As a Jets fan, they shocked me. They needed help from the Browns, but they made plays after getting help. I drafted Garrett Wilson in the 15th round and I’m starting him this week. He’s starting in place of Elijah Moore until Moore starts to produce.

I don’t know what’s happening with the Raiders. They’ve been like this so long.

I think Matt Ryan is making them miss Carson Wentz in Indy. I didn’t think that would happen.

I think Matt Ryan is making them miss Carson Wentz in Indy. I didn’t think that would happen.

Let’s get serious here: Washington has a far better WR corps than Indy. After Michael Pittman, Indy is crickets chirping in the WR room. For Washington, there’s McLaurin, Samuel (who’s having a career year), Dotson, and even Logan Thomas is a better TE than anything in Indy.

Don’t put the cart before the QB: Wentz still sucks. He’s just blessed with a better surrounding cast this year.

As a Jets fan, they shocked me. They needed help from the Browns, but they made plays after getting help. I drafted Garrett Wilson in the 15th round and I’m starting him this week. He’s starting in place of Elijah Moore until Moore starts to produce.

I had Moore last year, saw top talent and drafted him I think 9th. I cut him to add Burks as he is getting few targets and do not see them coming.

Wilson was a strong play and I missed it.

Wild weekend!!! As a Waddle owner I’m now concerned I gotta pick 2 of Waddle, Sutton and Cooks every week… Waddle exploded on my bench and the upside is too high to sit.

I gotta pick 2 of Waddle, Sutton and Cooks every week

Given that two of those are currently top 20 WRs and the third is barely a top 40 WR, it shouldn’t be too difficult.

MHM, for Cooks! Definitely regret but I luckily had a huge week and won easily. Not making that mistake again!

I never sat Waddle since I drafted him.

Hey Ed, not you. lol