Add one more nail in the Raiders coffin: 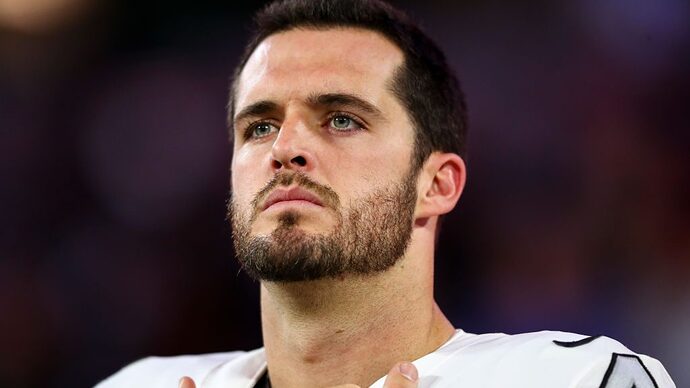 The signs were there in the last few days. But now the news has become official.The Raiders have benched Derek Carr.Head coach Josh McDaniels made the announcement at his Wednesday press conference. Jarrett Stidham will serve as the starting...

It is clear that Carr will be gone after this season. None of the backups represents any kind of competition for Carr’s job. This was strictly a financial decision. It is obvious the Raiders aren’t even considering the remote possibility of playoffs.

As for the rest of the Raiders offense, I’m not even sure I’d start Davante Adams now. Since this is championship week, I’d advise benching all Raiders. No point taking a chance on sub-par performances all around.

I agree with the decision, they were going nowhere with him.

No, they are going nowhere with Josh McDaniels. Yes, Carr had a particularly bad game last weekend, but the rest of the season was mostly McDaniels fault.

Welp - didn’t take long until I had to update my big QB thread.

As I wrote over there, the Raiders can save a ton of money by moving on from him. But they will need a new solution then, which will also cost them a lot of money. And if that new solution will turn out better remains to be seen.

Not the smartest time to move on from your QB when you just spent big money on a high-profile WR who happened to be his college buddy. And who could be falling off the age cliff sooner rather than later.

I think the Raiders hired Schrödinger as their GM from the Patriots?

Seriously, some of the comments I’ve read on Twitter today were brutal truth the Raiders need to see. For example, Carr has had good years without McDaniels, but McDaniels never had a good year as HC without Carr.