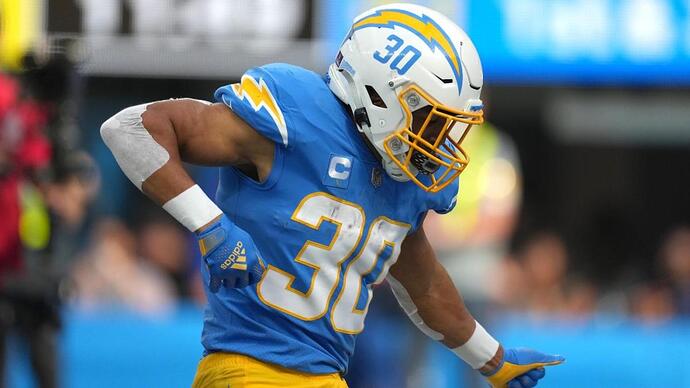 In Week 18, the temptation to look to next season is irresistible

A good early read on top NFL players and where they will rank in 2023 from CBS Fantasy. I’m thinking Henry will make Zaks choice on keeping him miserable and could do the same to Ed with Cooks.

6. Derrick Henry – After suffering a scary foot injury in 2021, Henry showed no ill effects, which was great. He wasn’t quite the same dominant force he’d been the previous three seasons, with a dip in efficiency, though he made up for that with his most productive season as a pass catcher, which is how Henry averaged just 1.5 PPR points per game less in 2022 than his 2,027-yard 2020. Henry turned 29 Wednesday, so it feels like he is a ticking time bomb. But after making it through this season largely unscathed, it’s hard to run too far away from him. I’m not sure I’d want Henry to be my first-round pick, but I can’t really bring myself to drop him lower than this.

9. Dalvin Cook – Cook kind of had a similar season to Mixon, where touchdown variance ultimately held him back in what could have otherwise been a very good season. Cook lost a bit of volume from last season’s run-heavy game plans, but the bigger issue was that he managed to turn 24 touches inside the 10-yard line into just six touchdowns. Cook will be 28 by Week 1 of next season and has an extensive injury history, but when he’s on the field, he’s remained very good; the question is can he be great again?

They have Ekeler #1 , McCaffrey #2 and Mixon #8 in addition to Cook and Henry.

Cbs does not have Brady or Togers in their top 12.