Baker Mayfield: How desperate are you?

Any thoughts on Baker Mayfield after today’s news? Here’s the latest rumor: 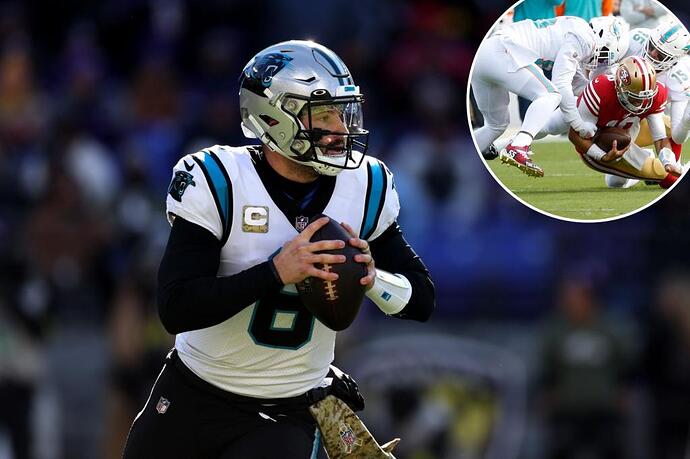 With the 49ers in desperate need of a quarterback and Baker Mayfield now untethered, are the two sides on a collision course? After the Carolina Panthers released the former No. 1 overall pick on M…

It’s interesting. I’m sure Mccaffery and Shanahan will be have some off the record heart to hearts soon. He has his moments, definitely. But seems like a time bomb. I’m sure that Niner locker room is pretty packed in the ego department.

Cleveland decided to move on from Baker. He wanted to leave the team, and nobody wanted him.

Finally, the Panthers signed him - one of the worst led teams in the NFL these days, run by a billionaire owner who wants to play fantasy football in real life, and fails miserably at that.

Baker competed with Sam Darnold and PJ Walker there, and left the fight as #3 out of 3.

The Niners just signed Josh Johnson, but would certainly not say no to bringing in another QB. However, Brock Purdy looked surprisingly comfortable on the field on Sunday, so even if they brought in Baker, there would be no guarantee that he’d actually see the field.

Question 1: will the 49ers spend a lot of money on solving a problem they might not even have?

Question 2: will Baker accept a 2-month contract that could damage his market value even further?

I think the answers here may be ‘yes’ and ‘yes’. The Niners are leading their division, but their playoff spot isn’t safe yet. They probably won’t gamble on Mr. Irrelevant taking them there, backed up by a career backup journeyman, if they have a shot at a QB with recent NFL experience. Even if it’s a terrible one.

And Baker wouldn’t have asked the Panthers to cut him loose if he didn’t see a chance of getting a considerable job still this year. And where else would that be, if not in San Fran?

So yeah, he will end up there.

And the Rams win the Baker Mayfield sweepstakes! 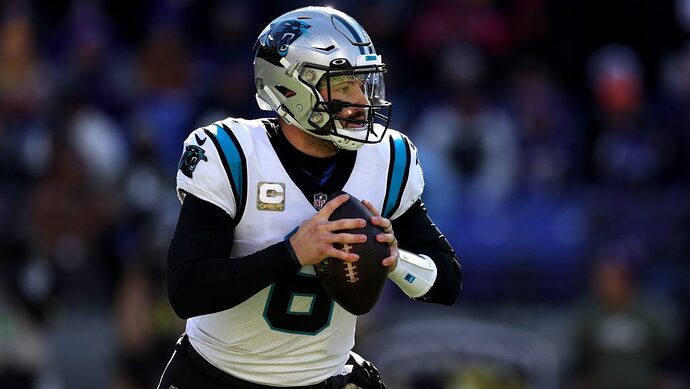 The rumors of Baker Mayfield heading to the Rams were true.Mayfield was awarded to the Rams on waivers today. He’ll reportedly fly to Los Angeles tonight and could play as soon as Thursday night for the Rams, who are desperate at the quarterback...

But they are 3-9, their season is over, and even if there is a tiny chance to still make the playoffs, Baker is hardly the player who will allow them to take it.

I don’t really get that move.

I think the Rams did it to keep him away from the 49ers. Unfortunately for them… 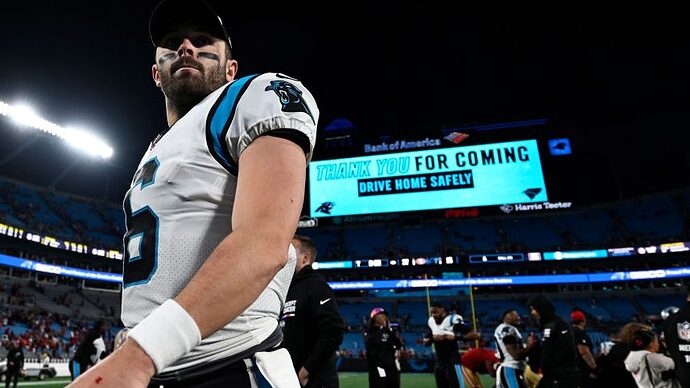 The Rams definitely made a waivers claim for quarterback Baker Mayfield. It’s not yet clear who else did.It is clear that one team didn’t.Adam Schefter of ESPN.com reports that the 49ers did not submit a claim for the balance of Mayfield’s...

Thank god. Last thing I wanted was that guy sniffing around Santa Clara.

I think the Rams did it to keep him away from the 49ers.

But why would the Rams spend a lot of money, only to help their rivals?